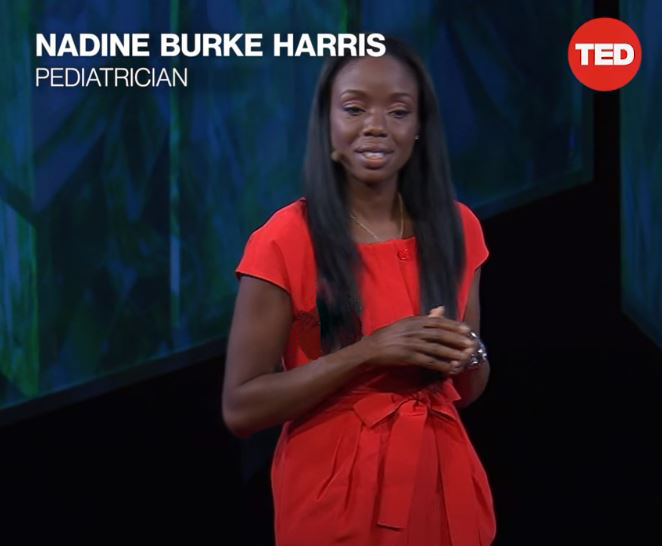 Exposure to adverse childhood experience dramatically increases the risk for seven out of ten of the leading causes of death in the United States. The higher the dose of exposure, the more it affects brain development, the immune system, hormonal systems, and even the way a person’s DNA is read and transcribed. People exposed to very high doses have triple the lifetime risks of heart disease and lung cancer and a 20-year difference in life expectancy. And yet, few doctors even today are trained how to do routine screening or treatment of issues that are created from adverse childhood experiences.

(Watch the video below)

Nadine Burke Harris, the pediatrician in the TED Talk video below, feels that everybody needs to know about the Adverse Childhood Experiences Study done by Dr. Vince Felitti at Kaiser and Dr. Bob Anda at the CDC. In the study they asked 17,500 adults about their history of exposure to what they called “adverse childhood experiences,” or ACEs. Those include physical, emotional, or sexual abuse; physical or emotional neglect; parental mental illness, substance dependence, incarceration; parental separation or divorce; or domestic violence and the results revealed critical information regarding health and wellness of these children who had grown up into adults. The study correlated the ACE scores against health outcomes and what was found was astounding.  First, sixty-seven percent of the population had at lease one ACE, and out of 12.6 percent one in eight had four or more ACEs. Second, they found that there was a dose-response relationship between ACEs and health outcomes: the higher the score, the worse the health outcomes.

For example, a score of four or more for people caused their relative risks of chronic obstructive pulmonary disease to show it was two and a half times that of someone with an ACE score of zero. This was also the same for hepatitis. For depression it rose to four and a half times; and for suicidal it occurred when the score was 12 times higher than having had low exposure to ACEs. Ischemic heart disease is the number one killer in the United States of America and the study showed a person with an ACE score of seven or more had three and a half times the lifetime risk; lung cancer score about triple lifetime risk factor.

It’s not just bad behavior from having a rough childhood that makes you more likely to drink, smoke, and do things that are going to ruin your health. When you understand the science of this study and realize it is not just an issue for low income area kids you want to shout it to the rooftops to expose what is needed to address childhood through adult health issues. It turns out that even if you don’t engage in any high-risk behavior you’re still more likely to develop heart disease or cancer. It has to do with the brain’s and body’s stress response system that governs our fight-or-flight response: the hypothalamic-pituitary-adrenal axis. This is how it works…

Imagine you are walking in the forest and you see a bear. Immediately your hypothalamus sends a signal to your pituitary, which sends a signal to your adrenal gland that says, “Release stress hormones! Adrenaline! Cortisol!” Now your heart starts to pound, your pupils dilate, your airways open up, and your are ready to either fight that bear or run from the bear. Now the problems is what happens when the bear comes home every night, and this system is activated over and over and over again. It goes from being adaptive, or life-saving, to mal-adaptive, or health damaging. Children are most especially sensitive to this repeated stress activation because their brains and bodies are just developing. The high doses of adversity not only affect brain structure and function, they affect the developing immune system, developing hormonal system, and even the DNA blueprint structure becomes changed.

As a doctor, this information is crucial because when we understand the mechanism of a disease, when we know not only which pathways are disrupted, but how, then as doctors, it is our job to use this science for prevention and treatment. As doctors we use science. This is why the Adverse Childhood Study score is so important to include in our wellness practices.

Dr. Nadine helped create the Center for Youth Wellness in San Francisco, to prevent, screen and heal the impacts of ACEs and toxic stress. They started with the routine screening of every one of the kids at their regular physical because of the knowing that an ACE score of 4 makes a child two and a half times as likely to develop hepatitis or COPD, four and halftimes as likely to become depressed, and 12 times as likely to attempt suicide compared to patients with zero ACEs. They have a multidisciplinary treatment team that works to reduce the dose of adversity and treat symptoms using best practices, including home visits, care coordination, mental health care, nutrition, holistic interventions, and yes, medication when necessary. In addition, they also educate parents about the impacts of ACEs and toxic stress the same way  you would for covering electrical outlets, or lead poisoning, and they tailor the care of the asthmatics and diabetics in a way that recognizes that they may need more aggressive treatment, give the changes to their hormonal and immune systems.

Unfortunately, the problem is that what Dr. Nadine thought would be a breakthrough and included in routine screening is not being done for the most part in the treatment practices. In the words of Dr. Robert Block, the former President of the American Academy of Pediatrics, “Adverse childhood experiences are the single greatest unaddressed public health threat facing our nation today.” The scope of the scale of the problem seems so large that it feels overwhelming to think about how we might approach it, however for Dr. Nadine, that is actually where her hope lies. She feels that when the right framework is available, when we recognize this is a public health crisis, then we can begin to use the right tool kit to come up with solutions. There is a strong track record with addressing public health problems such as tobacco, lead poisoning, and HIV/AIDS in the United States, however, it will take time to replicate those successes with ACEs and toxic stress because determination and commitment is needed and looking at our nation’s response has been so far not taking this very seriously.

The original ACEs study was done in a population that was 70 percent Caucasian, 70 percent college-educated. Even with that it appears that the more people Dr. Nadine talks to she is discovering why the issue of adverse childhood experiences is being marginalized — the feeling of “it doesn’t apply to us”. It appears to be a matter of labeling. People are more likely to disassociate when asked if they grew up with a family member who suffered from mental illness; and maybe a few less hide when asked if they grew up with a parent who maybe drank too much, or who really believed that if you spare the rod, you spoil the child. Dr. Nadine has come to believe that we marginalize the issue because it does it DOES apply to us. It might be easier to see the zip codes (see children in poorer areas affected) because we don’t want to look at it, we’d rather be sick.

The science is clear, fortunately advances in science and economic realities make staying sick less viable every day. Early adversity dramatically affects health across a lifetime; and today we are beginning to understand how to interrupt the progression from early adversity to disease and early death. Thirty years from now, the child who has a high ACE score and whose behavioral symptoms go unrecognized, whose asthma management is not connected, and who goes on to develop high blood pressure and early heart disease or cancer will be just an anomalous as six-month mortality from HIV/AIDS. The new paradigm will be “What the heck happened there?” This is treatable. This is beatable. As Dr. Nadine sees it, the single most important think that we need today is the courage to look this problem in the face and say, this is real and this is all of us. And, she believes that we are the movement. We are. And, thank you.

You have Successfully Subscribed!